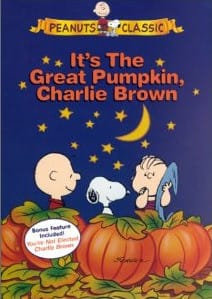 This week is Halloween and no doubt you have seen the beautiful pumpkins for sale at your local stores or even church yards.  As a gardener you may want to grow your own pumpkins for next Halloween.  Be aware that it is a challenge to grow pumpkins in the Atlanta area that mature at the end of October. The disease and insect pressure is high.  It will take some planning and diligence on your part.   Most of the pumpkins that are sold in stores and church yards are imported from the dry western states.  If that information hasn’t “spooked you” or “rattled your bones” then plan for growing your own Halloween pumpkin for 2015.

Commercial Production and Management of Pumpkins and Gourds will give you some background and let you see what the commercial growers are up against.  This publication also has a great list of pumpkin cultivars for Georgia.

Botanically, pumpkins are related to squash plants.  And, they come in many sizes and colors from mini orange pumpkins to small white pumpkins to the giant, fair-winning pumpkins.  When deciding what cultivar to grow, think about what size you want.  The mini and small pumpkins, under about 5 pounds, make great decorations.  Cultivars used for making pumpkin pies are usually 5-10 pounds.  The typical jack-o-lantern size is about 10-25 pounds.  In Georgia, we just don’t have great luck growing the super large pumpkins that win national prizes for size.  The disease and insect pressure is just too great. Pumpkin plants need rich soil with a pH of 6.5-6.8.  Add compost to your bed before planting seeds.  Don’t just take out your early spring crop and plant your pumpkin seeds.  Direct sow your seeds about 1 inch deep.  MULCH! Pumpkin seeds need to be in the ground between the middle of May and the end of July, depending on your cultivar choice, in order to be ready to harvest for Halloween.  (See the “Determining Planting Dates” post from September 17th.)  Some plants have more vines than others but you probably want to plan for space.  Some growers use a trellis system for the mini or smaller pumpkins.

Pumpkins are plagued with disease and insect pressure in Georgia; trellising may help here.  Vine borers can attack pumpkin plants (see July 30th post on vine borer control).  Also, powdery mildew is a real problem for Georgia.  Powdery mildew is a fungus that  appears as a dusty white coating of the tops of leaves.  This fungus thrives in warm, humid conditions – what we typically have when Halloween pumpkins are growing.  There are cultivars such as Magic Lantern that show some powdery mildew resistance.  And, there are some fungicides available to help as well.   Be diligent in scouting your pumpkin patch to spot, and handle, diseases and insects early.  Use your local UGA Extension agent as a resource.  He/she can help identify any disease or insect problems.

To have a few really showy pumpkins on your vines, thin some of the very early forming fruits.  The plant will put its energy towards those few pumpkins.  Once the pumpkins have formed you may want to roll them occasionally to prevent soft spots where the fruit touches the ground.  Be careful not to snap the pumpkin off the vine as you roll.  Many growers put extra mulch, even newspaper under the pumpkins to prevent the fruit from direct contact with the ground. Armed with this knowledge you will be ready to tackle pumpkin growing next spring.  May your Halloween be filled with treats and no tricks!