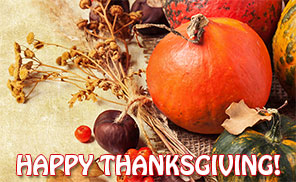 Years ago I was privileged to visit a community garden full of senior citizens that loved to garden. Most of them were women of the old Southern tradition. Their leader, Mrs. Banks, was dedicated to the garden and called me “honey” when I visited. It was a special place. Thank you Fred Conrad for introducing me to it.

The garden had the support of their larger community and that allowed them to grow needed food for their tables. This garden facilitated neighbors visiting with neighbors and sharing meals. Very good stuff.

One year the entire group was growing collard greens to share on Thanksgiving. As all Southern gardeners know, collard greens are only good after a frost. We had an early frost that year so the crop seemed promising. The gardeners woke up on Thanksgiving morning to find that their collards had been ripped from the garden, stomped on and destroyed. There Thanksgiving feast was ruined. What had happened?

The group discovered that a young man, visiting his grandmother for the holiday, had done the damage. The group had a choice. They could notify the police. The young man could be charged with a crime that could follow him as he became an adult. The group decided they would handle it on their own. They had the vandal clean the garden and they put him on garden chore duty for quite a while. Thinking about it facing the police may have been easier than facing an angry Mrs. Banks!

I have thought about that young man. What kind of person is he as an adult? I suspect that his encounter with this group of Southern gardeners had a positive effect on him. By handling the problem themselves they showed him some very tough love. I think he was the better for it.

On this Thanksgiving I am thankful for the ladies of this garden, thankful for gardens like this everywhere, and thankful that community gardens are only partly about the food but more about the community.