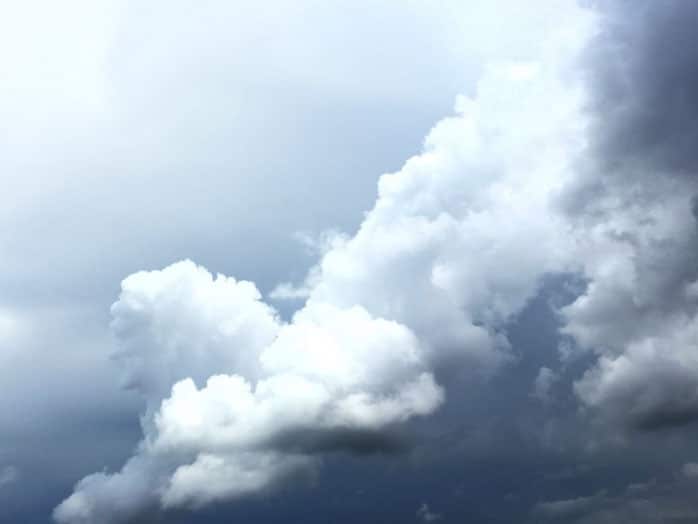 Long-time residents of Georgia may remember the devastating floods of Tropical Storm Alberto in July 1994. The rain was so intense that Georgia’s one-day rainfall record was set during that storm, with 21.10 inches recorded at Americus for a 24-hour period ending on July 6, 1994, as the storm stalled over the state. In spite of that incredible record and the resulting damage, the National Hurricane Center did not retire the name of Alberto. This year, Alberto is the first name on the list of Atlantic tropical storm names for the season which begins on June 1.

The latest 5-day outlook for the Atlantic tropical region from the National Hurricane Center indicates that there is an 80% chance of this year’s Tropical Storm Alberto to develop in the Gulf of Mexico in the next five days, even before the season officially begins. While it is not likely to bring extreme winds and storm surge to the area, it is expected to bring copious rain to an area that has already received up to six times as much rain as usual in the last week, covering most of Georgia except the northwest corner. Another six inches is expected across a wide area of Georgia in the next seven days from the slowly moving storm. While this is not likely to be as wet as the 1994 TS Alberto, the wind and rainfall are still going to cause tremendous problems for us here in Georgia, along the coast and inland across most of the state.

Now is the time to think about what you need to do to get ready for the rain, whether or not it organizes enough to be designated as a named tropical storm. If you have weekend activities planned along the Gulf Coast for this Memorial Day weekend, be prepared for intermittent heavy rains, gusty winds, high waves and rip currents in the water along the coast from New Orleans to the west coast of Florida. If you are inland, prepare for localized flooding which will be worse because the ground is already saturated in many areas. Move equipment and livestock out of low-lying areas. Expect some trees to fall because of the wet soil conditions, even if the winds are not that strong. This may mean blockage of roads or disruptions in power, so check your generators now if you need supplemental electricity for your operations. If water covers the road, do as the National Weather Service recommends and “Turn Around, Don’t Drown.” You won’t be able to tell if the road has been undercut or washed away, and water has a tremendous potential to move cars and trucks even when only a few inches deep. The Extension Disaster Education Network (EDEN) has several useful publications on preparation and recovery at https://eden.lsu.edu/educate/resources.

I have heard from a number of contacts that the rain and cloudy conditions over the past two weeks has caused a lot of problems for producers, leading to splitting blueberries, increased fungal diseases, slow growth of crops, and the inability to get into the field to do side dressing of corn, application of fungicides and other treatments, and planting. Unfortunately, I don’t see a shift in this current pattern, and above average rainfall is likely to continue for the next several weeks, although there will be some drier periods that may allow you to get work done.

For updated information follow @SE_AgClimate or on Facebook at SEAgClimate. An excellent source of updated weather information is the local National Weather Service office, but you can also get information from many commercial vendors and the National Hurricane Center. Do not count on your smartphone weather apps to give you the most current information, since many of them are only updated once or twice a day. Keep monitoring for changing conditions, since above average sea surface temperatures in the Gulf of Mexico could lead to a rapid drop in pressure and increase in winds as the center of the storm gets closer to land, or the storm could move in a different direction under weak steering currents.

If you have comments to share about how the current rainy and cloudy weather is affecting your work and your crops, please feel free to send them to me at pknox@uga.edu. I always like to hear how the weather and climate are affecting Georgia agriculture.